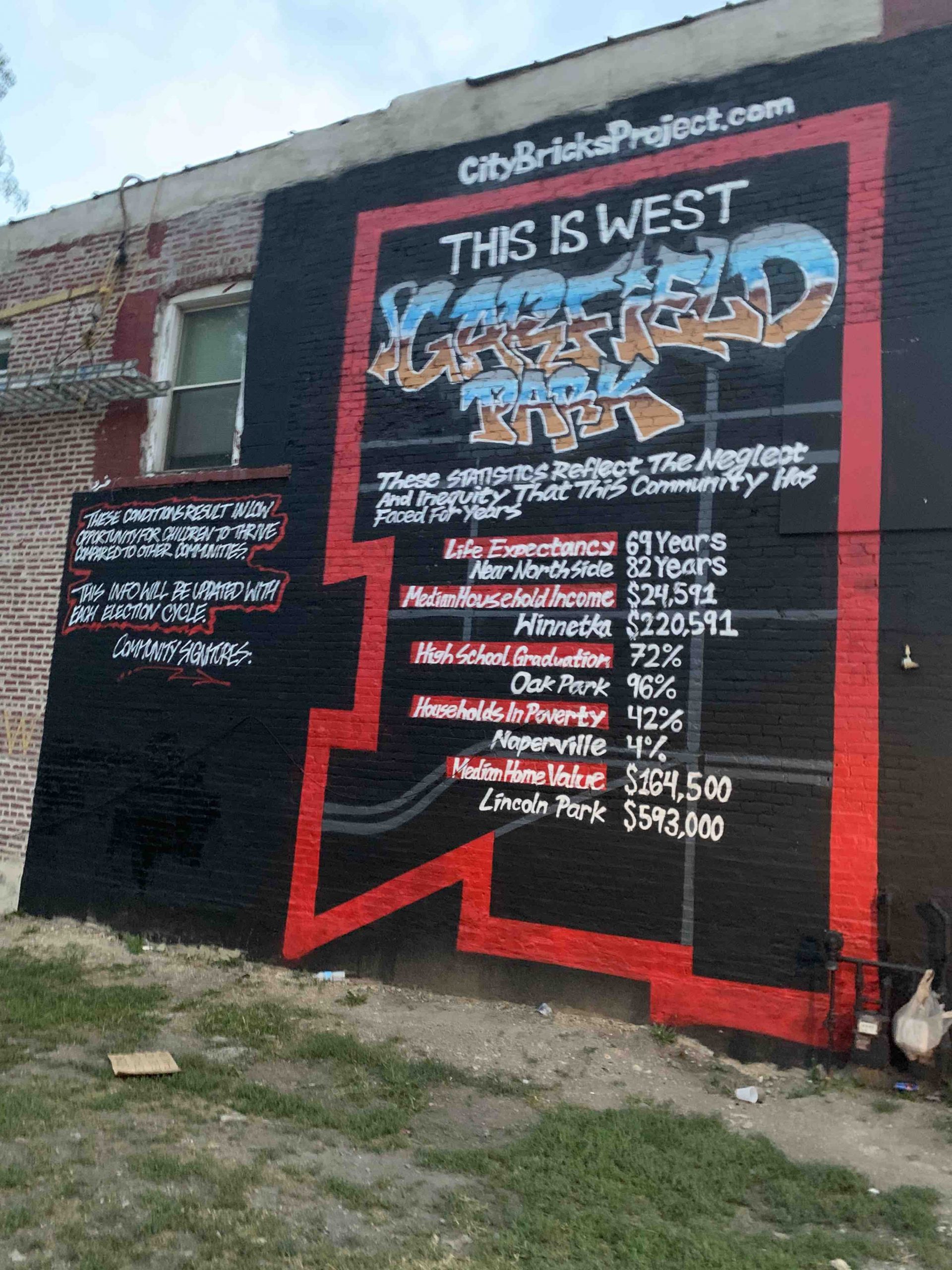 The first project mural has been completed! Located in the Chicago West Side neighborhood of West Garfield Park, the mural serves as a model for future murals in other neighborhoods.  Painted by Chicago-based artists, the mural says:

“This is West Garfield Park. These statistics reflect the neglect and inequity that this community has faces for years. These conditions result in low opportunity for children to thrive, compared to other communities. This info will be updated with each election cycle.”

One section of the mural is reserved for community residents to sign their names as a way of endorsing the project.

The five representative statistics paint a picture of challenges faces by these communities. Comparable statistics from an affluent neighborhood or municipality in the Chicago metropolitan area highlight the tremendous disparities. In the future, this website will present more statistics to provide a more in-depth look into these communities.

Statistics on the Mural

Near North Side: 82 years

Source: All data on the mural is from the 2014-2018 American Community Survey five-year estimates (U.S. Census Bureau)

Near North Side: 82 years

Why it’s significant: Life Expectancy is a good general indicator of health conditions in a given community. It reflects such things as access to quality and regular health care, access to affordable and healthy food, positive lifestyle behaviors, environmental quality (air, water, pollutants), income and even high school graduation rates.

High School Graduation Rate: The percentage of people 25 years and older who have achieved a high school diploma or its equivalent.

The federal poverty line is defined roughly as three times the bare-minimum annual cost of food – and stems from a 1960s standard that food is one-third of the average family’s expenses. Households in Poverty is measured as the percentage of households in a community that fall at or below the poverty threshold and considers household cash income before taxes. Non-cash benefits, such as public housing vouchers, Medicaid, and food stamps, are not factored in.

In 2018, 42% of households in West Garfield Park were at or below poverty level, while in Naperville it was one-tenth of that, or 4%.

Poverty is one of the most crucial measures of economic well-being and deprivation. In the U.S. and in many other developed countries, the poverty line is used to determine eligibility for federal, state, and local aid, including food stamps and health insurance. Many experts believe the current method of measuring poverty is outdated and greatly underestimates the true level of financial insecurity. It does not account for housing, transportation, child care, or medical costs, and doesn’t consider geographical differences.

The median home value is the price at which half of the homes in a community sell for a higher amount, and half sell for a lower amount.

For most families, buying a home is the single largest investment they will ever make. The equity in their homes is an important indicator of wealth, including wealth that is passed from generation to generation, leading to economic and social opportunities for new generations. Higher home values indicate greater accumulation of generational wealth. 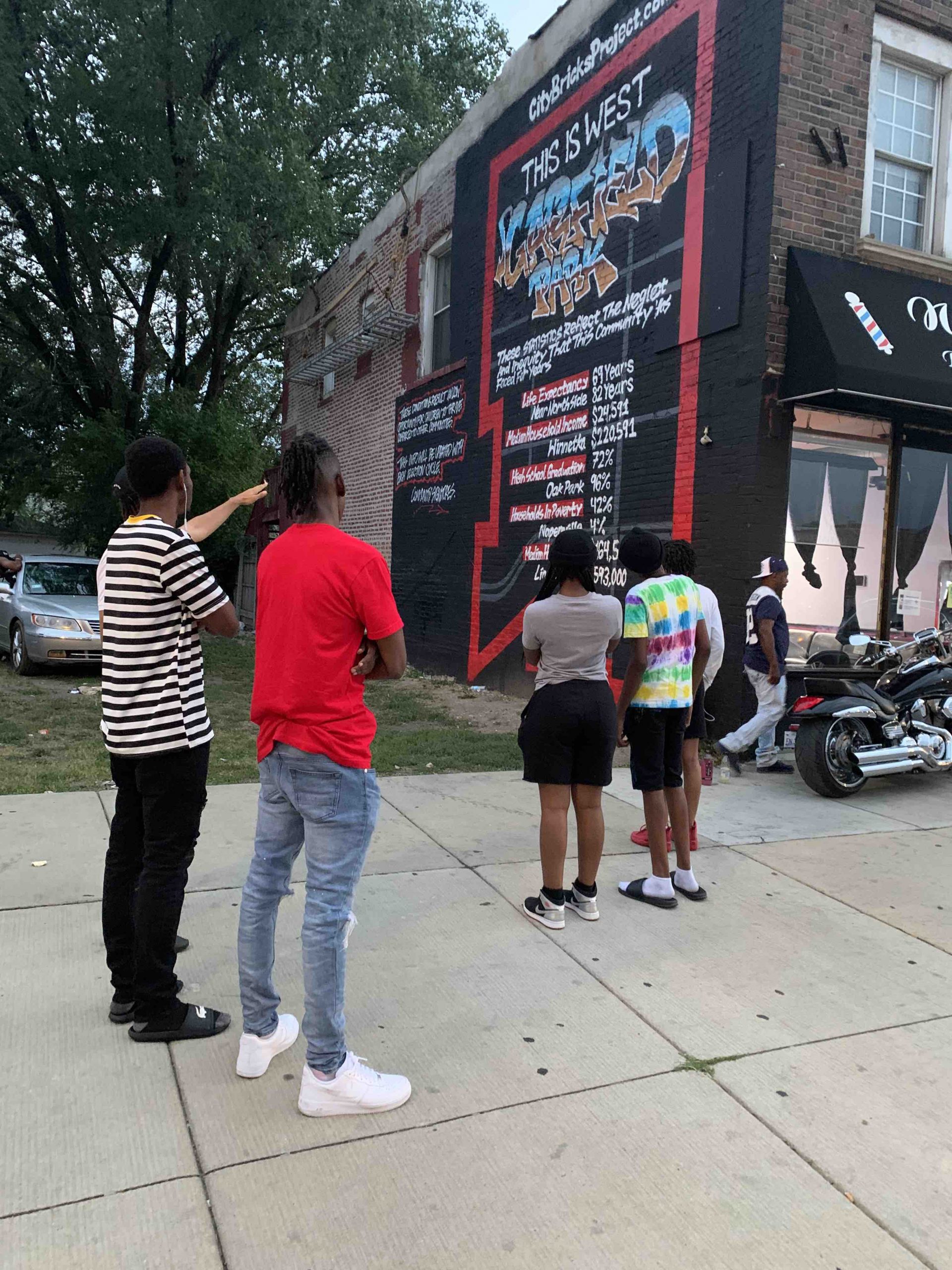 This project could set a model for a grassroots movement of constituents in these neighborhoods to make their politicians at the local, state, and nationwide levels, accountable for their work.

The mural will be preserved for 4 years until the next run of elections, when the statistics will be updated.

Through this project the residents can confront politicians who have not fulfilled their promises and are trying to retain their positions.  The mural will be a report card for when the politicians fail to have solutions for the communities. 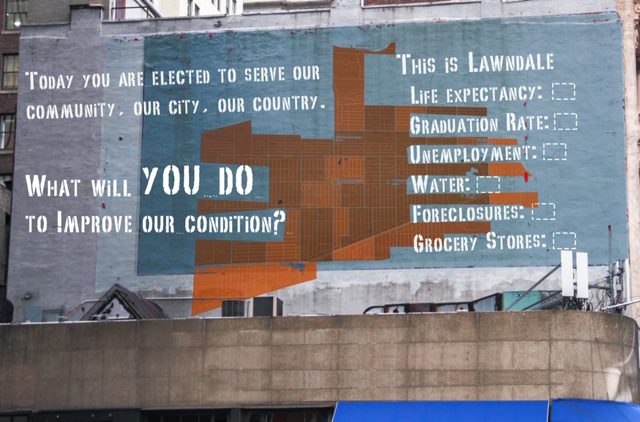 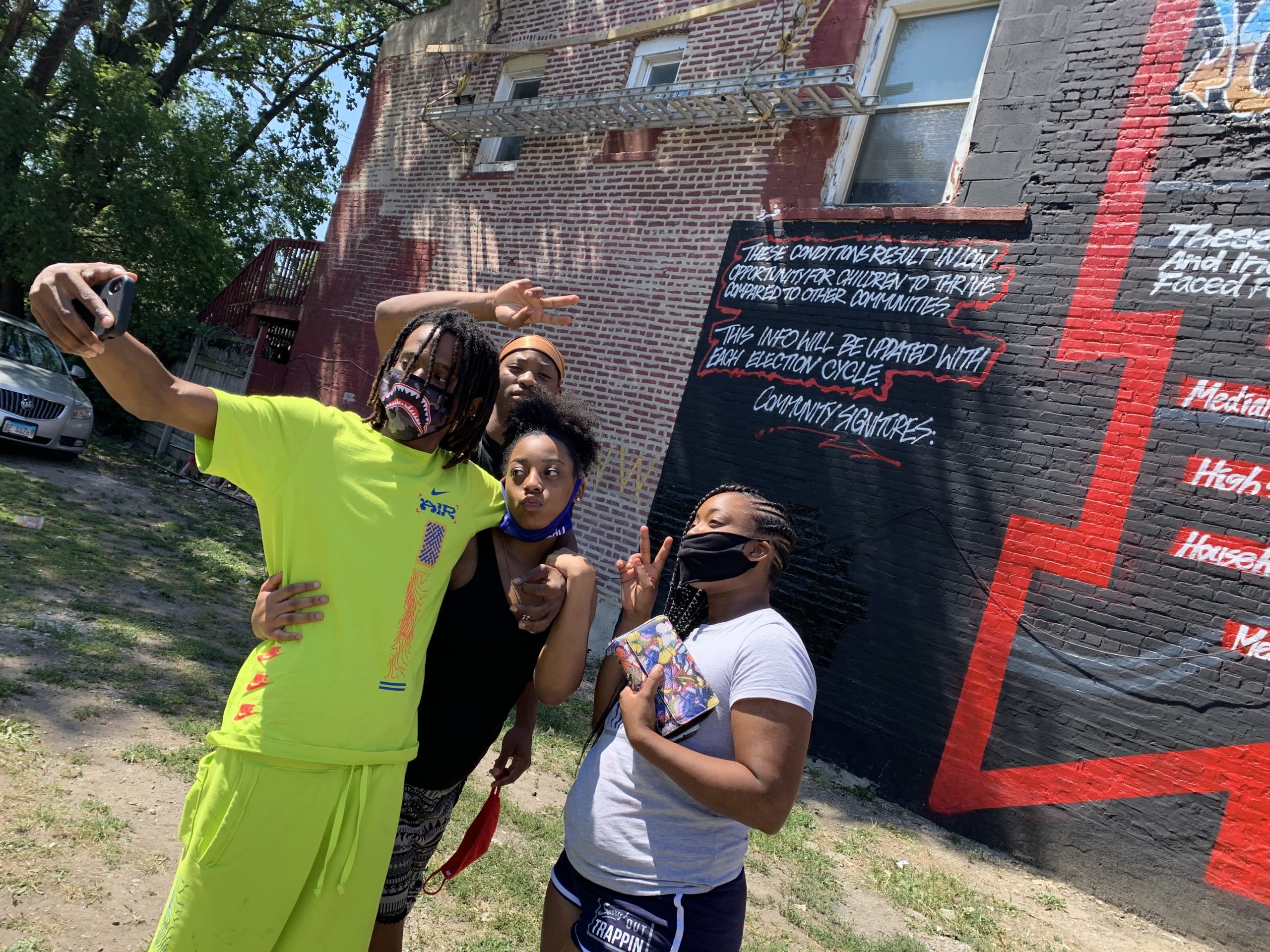 The film documents the creation of the mural and feature the viewpoints of local residents. The statistics on the mural, and the film documenting the project, will help the local community to explain their conditions in an effective manner to those in other communities who will gain a better understanding of these underdeveloped communities.

Next to each mural we could also place a little free library.

The residents of Chicago need to understand that all of us in the city are connected and we are all neighbors.  If they are unhappy on the South Side, then we are unhappy on the North Side.  If they are not safe on the West Side, then we are not safe on the Lakefront. Then this becomes a moral issue for those who care and for those who had misconceptions and misunderstandings about these communities. The project will create hope that the residents of Chicago can come together and do what is right for these communities.

All of these communities have something in common: They look like third-world countries

But this is America, where we are celebrating the anniversary of Man on the Moon.  We should and we can achieve humane and equitable conditions in these neighborhoods.